The State of Environmental Science in Svalbard Report

The  State of Environmental Science in Svalbard (SESS) report is an annual report published by SIOS.

Purpose of the SESS report

It is an arena for open sharing of ideas and discussions on which measures should be taken to enable scientists to provide observations needed to gain a holistic view of the Earth System of Svalbard and the Arctic in general.

Contributions to the SESS report are written by international and, preferably, multidisciplinary teams under the lead of researchers from SIOS member institutions. All chapters are peer-reviewed and subject to final approval by an editorial board. The editorial board consist of two senior researchers, one early career researcher and two representatives of the SIOS Knowledge Centre.

The report summarises the state of current knowledge of key Earth System Science parameters and analyses how these parameters influence one another. It combines the long-term monitoring data that form the core of the observing system with new, innovative monitoring and research.

In addition to evaluating the state of current knowledge, the SESS report highlights questions that remain unanswered and recommends solutions in terms of research infrastructure improvements and research priorities.

In order to strengthen the role of the SESS report as main driving force for the science-based development of the observing system, the SESS report 2021 will solely focus on updates of previous chapters. In the coming years, calls for new chapters will be issued every second year, starting with 2022 (update chapters can be submitted every year). Such, the recommendations and research needs of current contributions to the SESS report can be put in stronger focus and ways to implement actions better discussed. 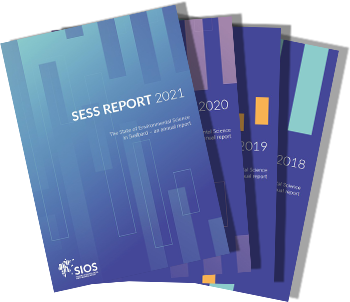