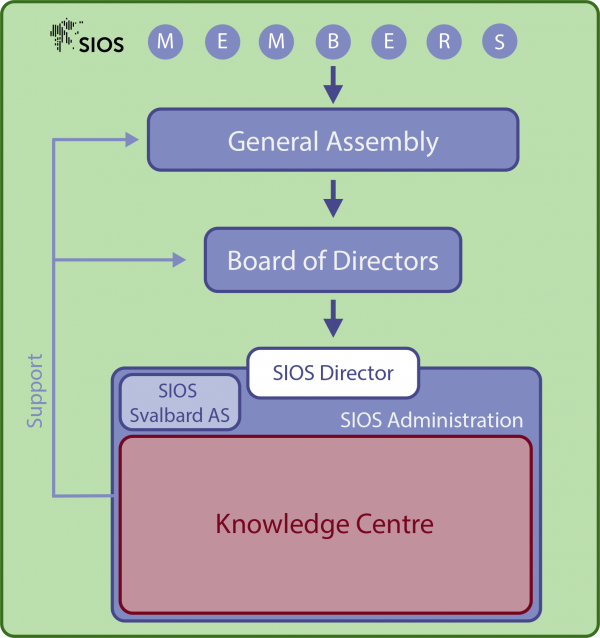 SIOS Members
SIOS is a consortium of international research institutions and research funding agencies that own or operate research facilities in the Svalbard region, or that provide research data relevant for the consortium. The members own their research infrastructure and data sets and give access to certain infrastructure and data to other SIOS members. The cooperation is based upon non-legally binding statutes and a MoU.

Knowledge Centre
The Knowledge Centre (SIOS-KC) is the hub of the SIOS cooperation and coordinates services for the international research community.

More information about the Knowledge Centre

SIOS Svalbard AS
On 20 December 2016, the public limited company 'SIOS Svalbard AS' was established as the legal body of SIOS in its operational phase. It is owned by the University Centre in Svalbard and serves as vehicle for SIOS to enter into contracts necessary for running the consortium, e.g. the employment of staff for the SIOS Knowledge Centre.