In need of high-resolution images of your field site?

Unique opportunity for SIOS members in the end of August - apply now!

Norce is offering a unique opportunity for SIOS members to have their areas of research interest overflown as part of the data validation tests for the newly installed optical sensors on the Dornier platform. The test flights are taking place at the end of August, so you must repond quickly to take advantage of this offer! 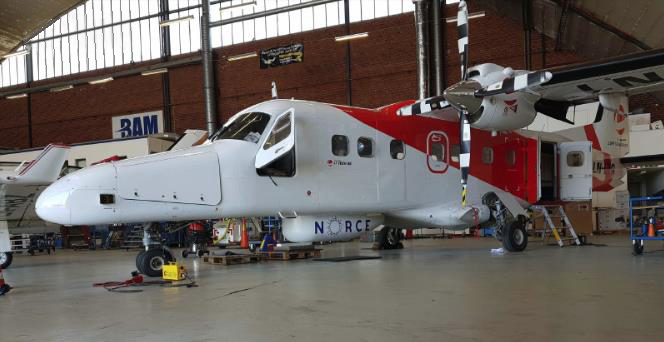 SIOS member institution Norce has installed a suite of sensors on one of Lufttransport Dornier aircraft  stationed in Longyearbyen as part of the SIOS-InfraNor project. The aircraft will be used for collecting remote sensing data in addition to its normal operation, which is logistics on and around Svalbard. The integration of the payload is now complete and testing and calibration of the optical sensors is planned to occur in week 35 and 36.

During the tests in week 35 and 36 several areas on Svalbard are planned to be overflown. If members of SIOS have other areas of interests in Svalbard where high resolution data is needed for their research Norce would like to include these areas in the planned test runs.

Polygons of the areas and a short description of the planned use can be sent directly to Agnar Holten Sivertsen at Norce (agsi@norceresearch.no).

A simulated flight of the Dornier aircraft from Tromsø to Ny-Ålesund, via Longyearbyen