Since January, SIOS-KC has a new staff member - Rudolf Denkmann. In his position as project officer, he will mainly focus on the coordination of the projects ENVRI-FAIR and InfraNor. In addition, he will work on core data harmonisation and  tool/software development. 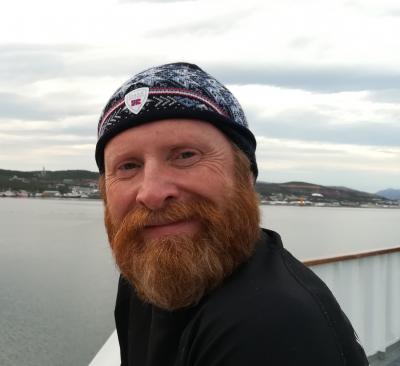 Rudolf graduated in solid earth geophysics from EOST Strasbourg just before overwintering in Antarctica, where he operated a seismological and geomagnetic observatory. Doctoral study in seismic and tectonic led him to a large-scale deployment of instrumentation and to pursue data modelling activities. Still in the field of large-scale scientific infrastructure, he involved himself several years in IT systems and services, deployment and support, for the data flow archive system of the European Southern Observatory and for the mission critical systems of the European Organization for the Exploitation of Meteorological Satellites. Occasionally he overwintered again but this times in the Arctic at French-German Arctic Research Base in Ny-Ålesund.

Since almost two decades I have been involved with big research infrastructures that generate considerable amount of data. With these data I like to visualize them for myself or to help young scientists in modelling. Nevertheless, I too often hear researchers and students struggling to locate and to collect data from portals or hubs for their modelling, and raising at the same time questions of data confidence level. Essential information and metadata sometimes missing. Hence I participated gladly in a project of the Helmholtz association implementing the FAIR principles to the data available through an integrated data hub: atmospheric data traceability, sensor calibration management and data levels availability were my topics of focus. Now joining SIOS, I look forward to bring a contribution to a research infrastructure developing similar approaches for a scientific community which conduct research in my area of predilection.