What happens to soil microbes during autumn freeze-up?

In October of 2021, as the last rays of sunlight faded from the sky, our team of four researchers arrived in Ny-Ålesund for the SIOS Access Program project Capturing Biogeochemical Processes in Proglacial Soil During the Freezing Period (CAP-BIO, SIOS-2019-0011), supported by the Norwegian Polar Institute’s Sverdrup Station (Figure 1).

Our primary objective was to sample soils from the forefield of a retreating glacier (Figure 2) in order to characterize the activity of microorganisms in the soil during the autumn freeze-up (Figure 3). We will later extract nucleic acids from the soil to characterize the specific functions of genes being transcribed from organisms’ DNA blueprint, providing insights into which biological processes were happening whilst the soil froze solid and darkness fell. A secondary objective was to retrieve any existing data from the array of soil sensors we installed last summer (Figure 4). The sensors captured the progression of the freezing front through the Arctic soils (Figure 5), a transition which we will later hope to correlate with the biological signals we obtain from our samples. The onset of autumn freeze-up limits biological activity because temperatures fall below zero, and liquid water becomes scarce. However, recent studies have shown that biological activity may persist year-round, despite the harsh environment. Nevertheless, the seasonal dynamics of Arctic soil ecosystems are barely beginning to be explored, in part because of logistical challenges associated with accessing field sites during the permanently dark period.

The results of the project will contribute to understanding the future of Arctic soils exposed by glacier retreat, and the role the long polar night plays in that future.

Figure 5. Three-dimensional soil electrical resistivity distribution shows the evolution of the freezing front during the autumn freeze-up, up through a few days prior to CAP-BIO soil sampling. Blue colors indicate more liquid water present whereas the red end of the spectrum indicates freezing has occurred 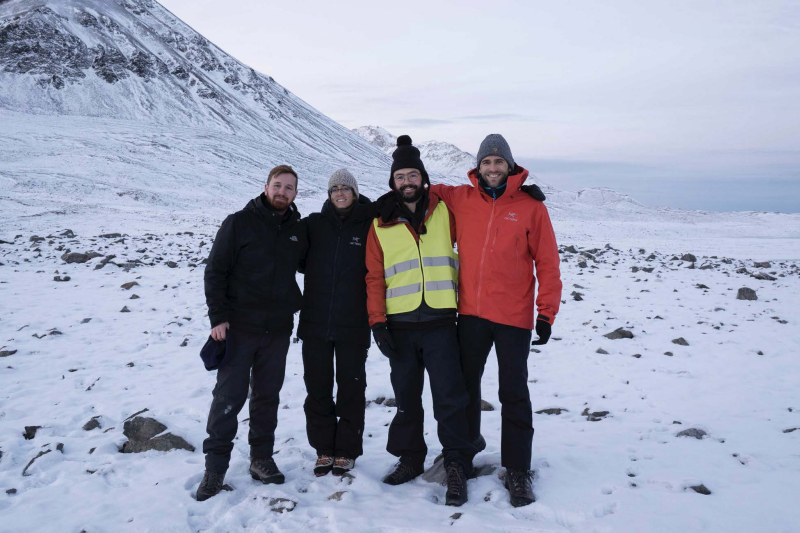 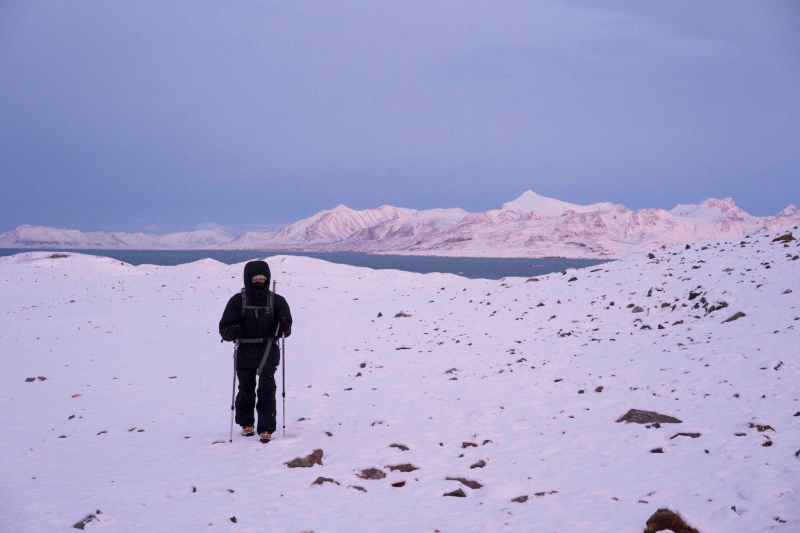 Figure 2. Hiking to the study site, situated roughly 5 kilometers from the settlement of Ny-Ålesund, across frozen Arctic tundra and glacial moraines. 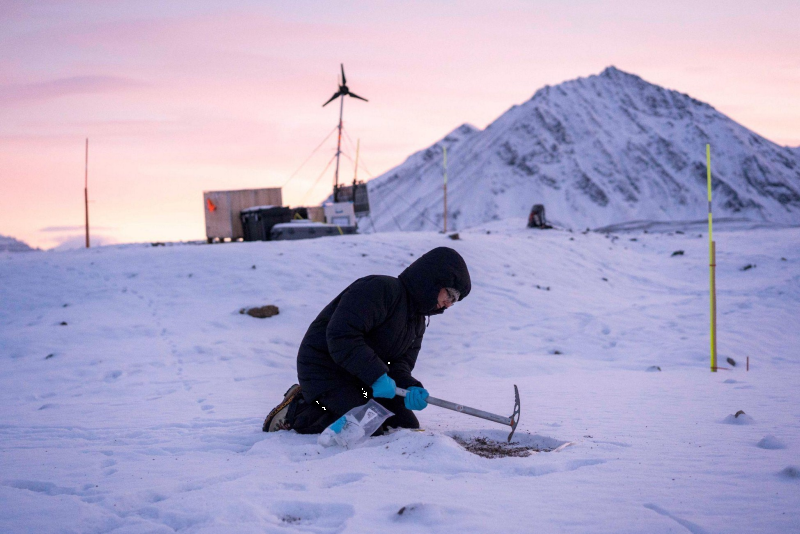 Figure 3. Lara Vimercati samples pioneer soils from underneath a thin snow-covering. Behind her, a network of buried sensors measure temperature and liquid water availability in the soil. 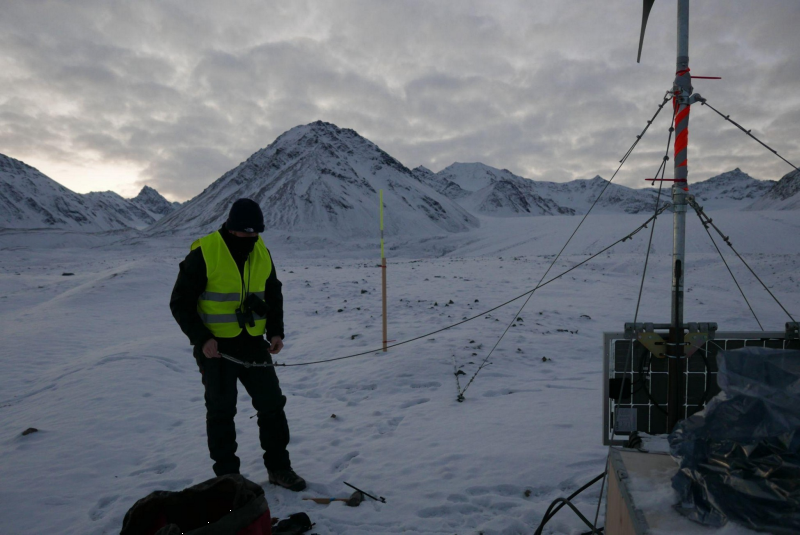 Figure 4. Mihai Cimpoiasu carries out maintenance to a wind turbine ready for the winter season. The turbines will power the soil sensors to continue measuring available soil moisture that could fuel microbial activity through the winter.